A man has shared a series of worrying suicidal tweets and Twitter users are concerned.

Within a few minutes, the Twitter user known as Luda shared no less than 6 tweets talking about death and hinting at taking his life.

He added in other tweets: “I’m always wrong.

Those who reached out to him said his phone is ringing but he isn’t picking.

Concerned Nigerians are now calling on his friends to go and check on him before it’s too late. 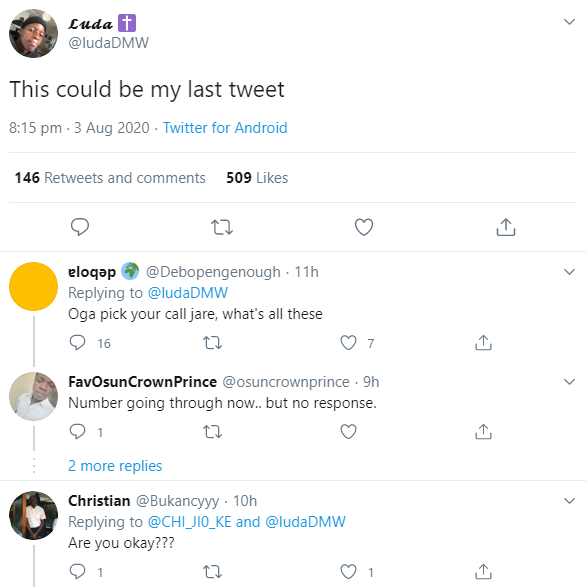