Popular Dubai based big boy, Mompha has deleted all his posts on Instagram weeks after Hushpuppi and his gangs were arrested in Dubai.
Mustapha Ismail aka Mompha is known for flaunting his wealth on Instagram with no definite source of income and was arrested by the EFCC for fraud late last year.

The reason for the deletion is not known yet but can’t be unconnected to the arrest of a former friend, Hushpuppi.

This however isn’t the first time Mompha will delete all his posts, he did the same when he was released by the EFCC on bail of 100m Naira. 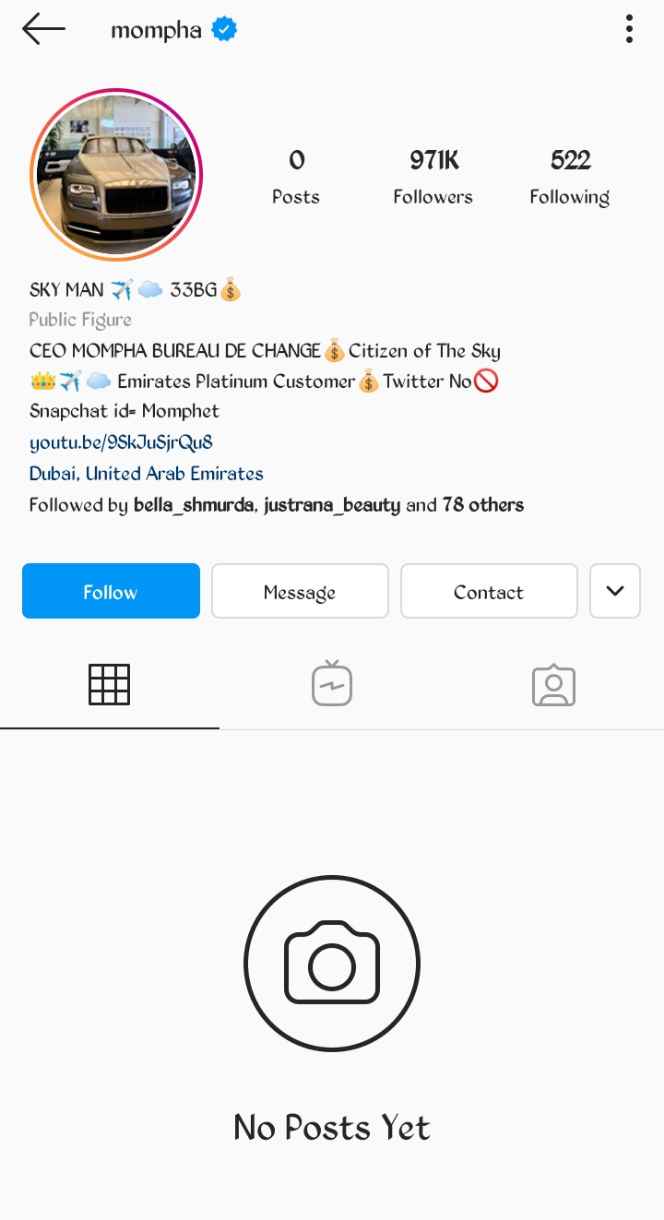 Rate this post
HOT🔥🔥  Don't believe stories flying around, EFCC still can't prove anything against you- Mompha advices from experience after Hushpuppi's arrest