Frank Okiye and Roland Asoro have been impeached Speaker and Deputy Speaker of the Edo State House of Assembly.

The duo were removed on Thursday by seventeen lawmakers including the fourteen lawmakers-elect whose seat were earlier declared vacant. 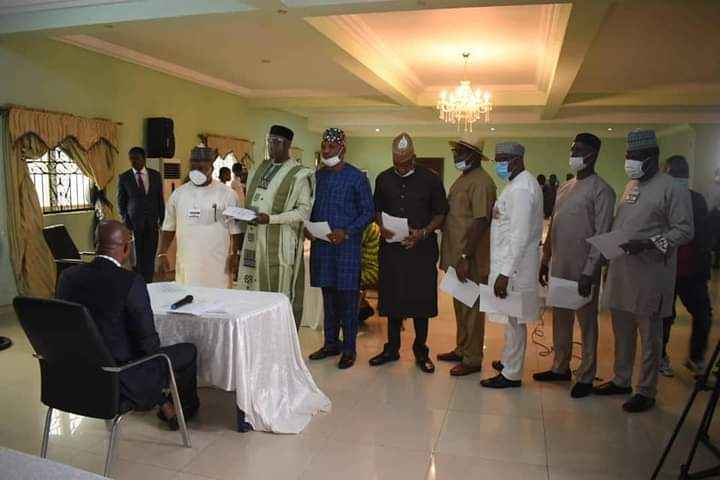 It was gathered that the new Speaker, Rt. Hon. Victor Edoror, was allegedly elected at an undisclosed location in Benin City during an emergency plenary session attended by 17 elected members.

Reacting to the impeachment, Okiye simply said, “It is a non-issue and I do not want to respond to such issues.”

Meanwhile, the new speaker in company of other lawmakers has paid a courtesy visit to the state Commissioner of Police, Johnson Babatunde Kokumo, and other state security chiefs with a view to seeking maximum security to prevent the breakdown of law and order in the state.